Fall 2021: The Importance of Weighing the Evidence 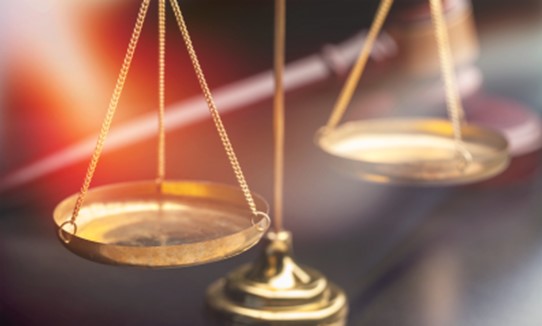 – Starting prices matter, especially for those in or about to enter retirement.

– Interventionism is one of the most dangerous viruses that continues to infect the world.

– Immunization strategies that can help your investment portfolio remain healthy and achieve your long-term financial goals too!

One of my favorite movie genres is a “whodunnit?” with Knives Out being one of the most enjoyable thrill rides at the top of my list for all-time great murder mysteries. A whodunnit is a complex, plot-driven detective story in which the puzzle regarding who committed the crime is to be solved through a chain of questions that the detective poses. The audience is provided with clues and evidence throughout the investigation from which the identity of the perpetrator may be deduced before the story provides the revelation itself. This engages the viewers so that they strive to compete with or outguess the expert investigator. In the financial markets, our job as investors is much the same. However, at the peak of bull market and economic cycles, investors begin to ignore evidence and clues at their own financial peril.

Most financial letters will only tell you the good and positive things that are going on in the market and the economy and really, that’s kind of a shame. Do you know why? Because, if we’re not willing to talk about the problems, we never find the solutions.

Today, I want to show you how richly valued the market is and then review some of the evidence and clues that could force it downward, which may be more meaningful than many investors are currently assuming. We’ll also look at “What could go right?” Pessimism and bearishness never get you in the game, while unbridled speculation (a risky action undertaken with the hope of success) means that at some point, you’ll have a serious setback. We’ll then examine and talk about the booster shots that have been administered to help immunize your portfolio against the factors that are beginning to weave a tale of an economy and market that is very late in the current cycle.

Examining the Evidence and Correcting Our Psychological (Mis)Behaviors

I have touched on the impact of valuations and forward returns over the past few years. Currently, these fundamental concerns remain devoid of attention by investors chasing short-term performance. Despite the March 2020 selloff, record numbers of unemployed, and a deep recession, the markets remain near all-time highs.

Therefore, I begin with an important caution to investors, especially for those in or about to enter retirement: You must not be lulled into a false sense of security, because a successful accumulation—or saving for retirement plan— does not automatically guarantee a successful distribution plan.

Indeed, investors face a far greater threat of failure in distribution (when one’s portfolio must support ongoing spending) versus accumulation. The most direct way to illustrate this is to examine the phenomenon known as “sequence-of-returns” risk (read “the order and timing of returns matters”.) In a portfolio that is being spent down, as in retirement, the assets are far more vulnerable: they are exposed to the impact of market shocks and persistent spending, and to the size and timing of both. The earlier and deeper the market decline, the greater the damage can be.

Consider the evidence of identical investors depicted in Exhibit 1, with identical portfolios (60% equities and 40% bonds, rebalanced annually), starting out just 12 months apart. As savers, they have an almost identical investment journey: both portfolios, over that period, enjoy almost identical average annualized returns. In retirement, however, they experience strikingly different paths—one nearly doubling portfolio assets over a 30-year period and the other exhausting assets just 20 years in. The difference is in the interaction between inflation-adjusted spending and the sequence of the market’s returns to the portfolio, where one bad year can make the difference between success and failure.

It is situations like these—and scenarios as unfortunate as the above, or worse, occurring more than 10 times in the past century—that make it so important for retirees to be armed with a thoughtful retirement investment and spending plan. It’s possible that many investors’ confidence stems from personal experience, with the markets doing well over most of their working lives, and that they are extrapolating success in the accumulation period to the distribution period. Overconfidence dissuades investors from recognizing that the dynamics of distribution are unique and complex or that they’re at the mercy of uncontrollable, unpredictable market events and mistakes, such as mistiming the start of their journey.

While there has never been a thirty-year period for the stock market when investors have lost money; there have been quite a few thirty-year periods that have bankrupted senior citizens who were relying upon their stock portfolios for retirement income.

Many investors today are quick to dismiss any measure of “valuation” (the market value of the country’s publicly traded securities, as a percentage of their earnings). The reasoning is, if there is not an immediate correlation, the indicator must be wrong. The problem is that valuation models are not, and were never meant to be, ‘market timing indicators.’ What valuations do provide is a reasonable estimate of future long-term investment returns. Long periods of overvaluation get balanced by subsequent periods of poor performance. For each of us, especially those that are in or about to enter retirement, the level of valuations at retirement has a significant impact on our chances of success.

Some financial advisors will go so far as to advocate that today’s long-term retirees invest heavily in the stock market. Those pundits say that a market which has never lost money over thirty-year periods won’t let you down in the future. That’s like saying, “if you put your head in an oven, and your feet in a tub of ice, your average temperature is okay.” While true, you’re just not likely to survive!

Despite the use of average return assumptions, as far as success is concerned, your results will be binary—either you will be successful or not. For you, it will either be 100% or 0% . . . you will either have enough or you will run out and have a job greeting shoppers at Walmart after age 80. So, although probabilities are interesting, you should be keenly focused on the implications of the current assumptions at your retirement and the likely impact that they will have on your future.

The so-called “Buffett Indicator” is one of the best high-level valuation measures of future returns. This is simply a ratio of stock market capitalization (total stock market value) to GDP. It makes sense because, over long periods, stocks should track economic growth.

It also reminds me of a great quote that Warren Buffet’s mentor and American economist, Benjamin Graham, used to say in his classroom (where Buffett was a student):

The quote is brilliant and it is just as relevant today as it was back then—market prices represent (an often irrational) short-term popularity contest similar to voting for a political election, but in the long run they tend to gain in value due to return on capital, economic growth, and dividends paid—similar to a weighing machine.

Now, I submit to you the graph in Exhibit 2. This ratio recently surpassed its tech bubble peak of March, 2000. This means stocks are more expensive (2.48 times), relative to GDP than ever seen in the modern era—Yikes! The indicator provides evidence that when “disconnects” between market participants and the underlying economy occur, a reversion always ensues.

Currently, many investors believe that fundamental valuations metrics no longer apply. We’ve seen this movie before in 1999 and 2007. Taking this argument at face value without considering the evidence seems to me, at least, to be a common link with all of the previous bubbles. This time will not be different. Only the catalyst, magnitude, and duration will be.

Building Immunity Against the Fed Inflation

Since stock prices should reflect economic growth, the break in the historical correlation has nothing to do with a change to market fundamentals. Instead, it is the Federal Reserve’s massive monetary interventions. While there are a variety of factors ranging from the weight of government regulations to the problem of Covid lockdowns limiting the productivity of supply-chain workers, the idea that supply chain problems are “driving inflation” gets the causation backward. It’s money supply inflation that’s causing much of the supply chain’s problems. As you can see in Exhibit 3, 23% of all US Dollars ever printed were printed in 2020. Some of that has been kept within the banking system through the Fed’s payment of interest on reserves, but a lot of it clearly has entered the “real economy” through stimulus payments, unemployment insurance, and federal deficit spending. While the impracticality of socialism was vindicated with the fall of the Soviet Union—and remains without a serious intellectual challenge—the most dangerous ideology on the global stage today is an economic system that continues to infect the world: interventionism.

In the terminology of American politics, this third system is often referred to as the middle-of-the-road policy. Interventionism may be politically convenient, but will inevitably lead to more and more power shifting to the state. The only remaining checks to the state come from what the public will put up with, and from competition between governments seeking to attract financial and human capital.

The data and graphs we’ve looked at reflect what could go wrong. But what could go right? There are three developing trends that will have important implications for economic and investment outcomes, and the contrast between what could go right and what could go wrong has rarely been starker: (1) Transition from brown to green energy. Private and public investment in renewable energy will be boosted for years to come. Of course, this will partly be offset by lower investment and capital destruction in brown energy sectors such as coal and oil. During the transition, there is potential for supply disruptions and sharp rises in energy prices that sap growth and boost inflation; (2) Digitalization and automation. Faster adoption of new technologies will create new jobs and make existing jobs more productive. But it will also be disruptive for those whose jobs will disappear and who may lack the right skills to find employment elsewhere; (3) Widening income and wealth inequality. There is a heightened focus by policymakers and society at large on the balance of power in the employer-employee relationship. While a shift from the former to the latter has started, it remains to be seen whether this trend continues or whether work from home eventually allows companies to outsource more jobs to cheaper domestic and global locations.

We are in a market where we prefer to diversify among active trading strategies rather than buy-and-hold index funds, and have recently added additional positions to your portfolio that seeks to “immunize” (read hedge) relative interest rate movements, provide the potential for enhanced inflation-protected income and capital appreciation—while protecting against significant downside risk.

As an investor, it is essential to pay attention to the economy’s clues and to weigh the evidence of the market’s fundamentals. Acknowledging, or ignoring the end of the current bull market and economic cycle will have important implications for your long-term financial goals.